On Friday, September 3, 2010 the winners and honorary mentions of the 3rd Triplification Challenge have been awarded at the I-SEMANTICS conference in Graz. This year’s challenge consisted of an Open Track and a special Open Governement Data Track.

In total we received 28 submissions from which 15 nominees have been selected by the organizing committee. In a second round an international reviewing team of scientific and industrial experts elected the 3 equal winners and 3 honorary mentions. The winners were each granted a prize money of 1000.- Euro which was sponsored by Wolters Kluwer Germany, Semantic Universe and Semantic Web Company.

In the Open Governement Data Track the awards went to:

In the Open Track the awards went to:

Twarql: Tapping Into the Wisdom of the Crowd
Pablo Mendes, Pavan Kapanipathi and Alexandre Passant 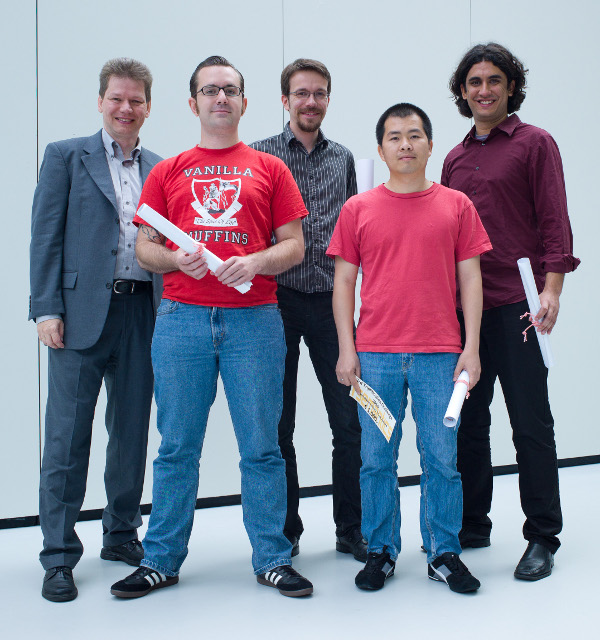 Cordial congratulations from the organizing team & look out for the 4th Triplification Challenge in 2011, which will again take place at the I-SEMANTICS conference, September 7 – 9, 2011 in Graz / Austria.