Dr. Bernhard Haslhofer works as instructor on Web Information Systems at Cornell Information Science. Just recently he gave a course which examined technologies for building data-centric information systems on the World Wide Web. Semantic Web Company (SWC) had the opportunity to talk with Dr. Haslhofer to examine the question “How to teach Linked Data?“. 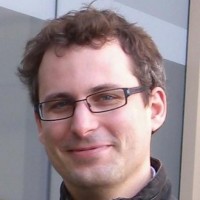 [ppt-noparse]SWC[/ppt-noparse]: Bernhard, you have been working on the Semantic Web and Linked Data for years now. What is the first lesson you usually give when you try to explain the “Semantic Web”?

Maybe I should first clarify that the course I am co-teaching is not a Semantic Web course. The course is about data-centric Web information systems in general and we spent some classes talking about Linked Data and Semantic Web technologies. We start explaining the origins and the fundamental architectural principles of the World Wide Web and then focus on the data-centric aspects of the Web.

After introducing various data exchange formats (XML, JSON & co.) we teach how Web APIs work, and discuss the design principles of RESTful Web Services. Then the conceptual transition to Linked Data is just a small step, because we can argue that instead of building isolated repository-centric APIs we could also build a globally connected data graph, which is based on a uniform data model and can be traversed and queried using SPARQL.

So, I am somehow approaching the “Semantic Web” bottom-up and concentrate on the “visible” parts of the “Semantic Web” vision. DBpedia and all the other existing Linked Data projects and tools that came up in recent years really help in explaining and illustrating how things work. And last but not least, schema.org and the design of the Facebook Open Graph protocol also show the growing importance of having structured data on the Web.

If you can access and combine data from the Web you can answer interesting questions and discover previously unknown relationships between things. We thought the best way to learn about Linked Data is to implement simple demo applications. So we asked the students to think about uses cases that bring some benefit for end users and require data from several Web sources to answer certain questions.

One group developed a service which connects safety records with public transport information. Now users can now easily choose the “safest” bus connection between from and to New York City and other cities. Another group combined public school district information with geographic data, which now allows parents to view statistical information about school districts in New York State by using apps like Google Earth. There are many more examples, but most importantly, I think it became clear what it means to work with easily accessible structured Web data opposed to working with unstructured data.

SWC: Instructing how to use the Semantic Web is not only a matter of slide-decks. It is rather a question of concrete use cases in combination with tool skills. What kind of tool skills should students of information sciences acquire to your opinion?

Collecting and making sense out of data is a common scholarly practice in many research areas and the Web is becoming, or is already, the primary medium for publishing and distributing results. I believe that making data accessible as part of a some research activity will become increasingly important in future and the Web will probably be infrastructure for doing this.

So I think that a student who is working with data should at least know (i) how to retrieve and (ii) how to publish data on the Web in way that others can easily discover, access, and use their data. Linked Data is one possible technical approach for doing that.

SWC: As a European who is teaching and working in the U.S., how do you perceive the different approaches between those two systems when it comes to transfer complex fields of knowledge like the semantic web from universities to business environments?

From the experiences I have made in my previous and current working environments I can only tell that the relations between businesses and universities seem to be tighter in the US. I don’t necessarily mean “formal” bounds between institutions but rather informal relations between people, who understand complex fields of knowledge, both in the academia and in business.

PhD students, for instance, often work in business over the summer and/or continue their career in the research department of some company. Some continue their cooperation with their former professors and academic colleagues and I assume transferring knowledge between two proxies who speak the same “language” makes it a lot easier.

SWC: What are the most important things which are still missing to make linked data technologies an integral part of enterprise information systems?

Quite often I hear the complaint that major database vendors still don’t provide satisfactory RDF support in their products. I don’t think this is a necessary precondition for implementing Linked Data but for some institutions this seems to be very important.