Knowledge Graphs (KGs) are currently on the rise. In their latest Hype Cycle for Artificial Intelligence (2018), Gartner highlighted:

“The rising role of content and context for delivering insights with AI technologies, as well as recent knowledge graph offerings for AI applications have pulled knowledge graphs to the surface.”

We can roughly divide KGs into 2 categories:

One of the differences between the two categories is that the expert KGs contain strict knowledge accepted in the expert community of their respective domain. On the contrary, for general purposes, KGs need a vast amount of common sense knowledge that is provided by non-expert users that is not necessarily strictly validated.

In this blog post, we introduce a novel crowdsourcing approach to extend general-purpose knowledge graphs based on a human-in-the-loop model. Using automatic reasoning mechanisms inspired by belief-revision, our approach incorporates views of different users, extracts the largest subgraph without contradictions and integrates this subgraph into the KG. Users can provide their updates in an intuitive way without requiring expertise in the knowledge already contained in the graph.

We have implemented and deployed the approach at PROFIT platform. PROFIT is a public platform for promoting financial awareness, hence everyone is welcome to contribute to the PROFIT financial knowledge graph that currently contains more than 11.000 concepts in 26 languages.

One of the most important parts of the KGs is the hierarchy of classes of the domain of discourse. The most popular approach in the area of crowdsourcing (OWL) class hierarchies relies on exemplifying concepts (Exemplifying approach). 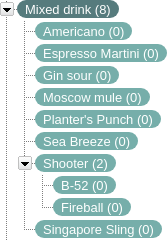 The advantage of the exemplifying approach is that any discussion about the particular structure of the resulting hierarchy can always be resolved by presenting new examples or discussing the old ones. It is adopted in several crowdsourcing frameworks, for example, CASCADE and CuriousCat.

However, this process is indirect in the sense that users operate on individuals, but get information about classes as the result. This aspect might be confusing for the non-expert users. Moreover, it might be easier to operate on classes directly rather than presenting a number of individuals. To overcome these issues we designed a process of “direct” crowdsourcing, where users operate on classes and obtain a hierarchy of classes as the outcome.

From Direct Beliefs to Knowledge

The challenges of crowdsourcing the taxonomies directly are the following:

We tackle these challenges in Belief Revision manner. In the following figure, we outline the method. 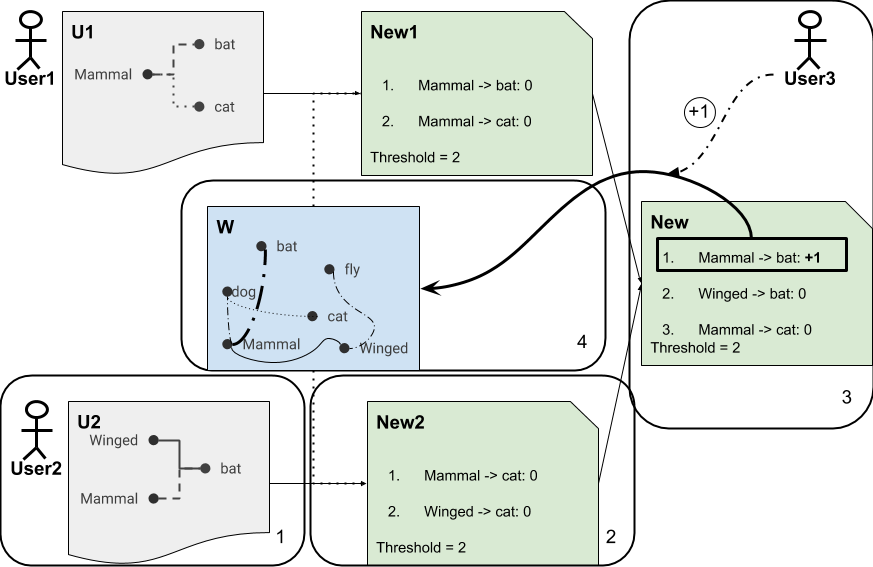 We have 4 steps in our process:

We introduce a novel crowdsourcing approach. The main features are: